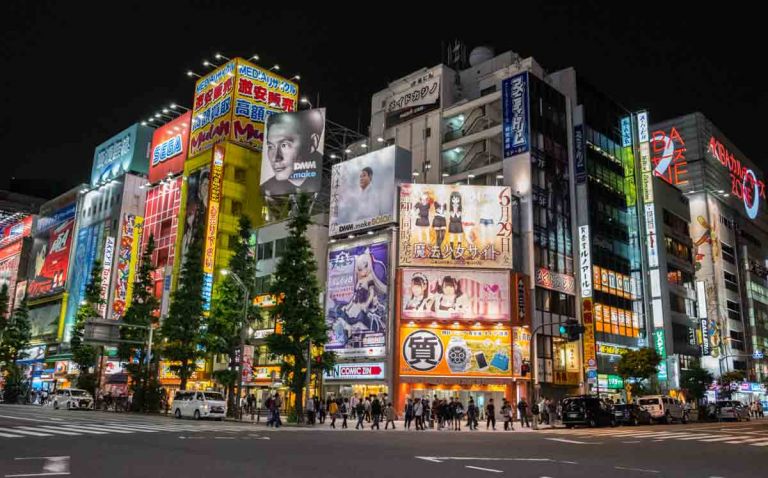 Back in June I was lucky enough to go to Tokyo. For those of you that don’t know, my day job alongside the wedding photography is as a Creative Producer for a digital agency. As part of an ongoing project, I was being sent to direct and produce a series of videos for one of our biggest clients. The shoot itself was a week along, and I decided to extend my first ever trip to Japan by tacking on just under a week of holiday. I was going alone and before I went it seemed like this big terrifying thing. I was super excited but in the back of my mind was thinking ‘what if I can’t direct this, how do I direct a Japanese crew, what if this is just way out my depth’. As for the solo travelling time I was equally nervous – I’ve always wanted to travel alone, I just didn’t think the first time would be right on the other side of the world.

All of this worry, was of course completely unnecessary. I HAD THE BEST TIME. Although I struggled with jet lag horrendously for the first week, which meant I was running off about 2/3 hours of sleep every day on the shoot, I had a blast. The crew were so lovely and everything went really well – this week the videos were pretty much signed off. No mean feat considering I was editing in a foreign language. My lovely client took us out for some great evenings in Tokyo – we had traditional sushi, dined with our shoes off and with the locals at an Izakaya (a Japanese pub), and wiled away the time looking at some crazy goods in Don Quijote. 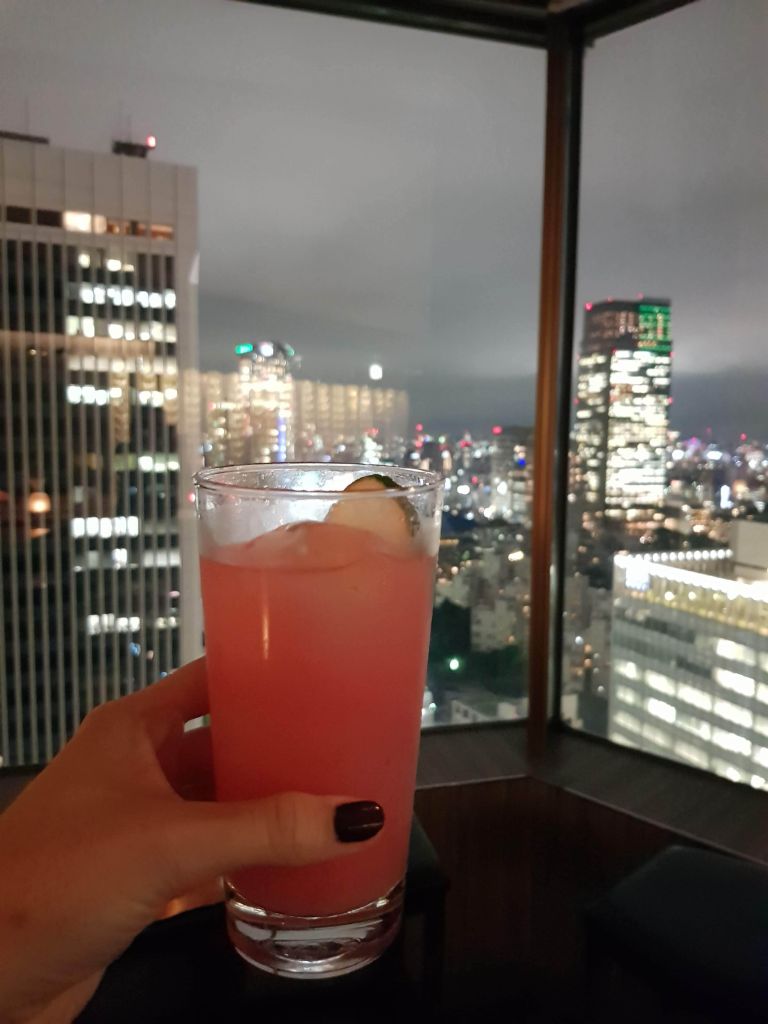 We were staying near Akasaka/ Roppongi and on the only evening that week I was left to fend for myself, I nervously set off to try and find myself some dinner. As 1) a vegan in Tokyo and 2) a tourist, finding dinner was harder than I thought. I was at first too intimidated to go into what I thought of as the ‘proper local places’ – the hidden doorways which seat about 5 people, and no english menu or photos of the dishes – that was something I had to build up to. However, I ended up having a great night in Akasaka at the ‘Champagne and Gyoza Bar‘. It does what it said on the tin.. I had some yummy mimosas whilst eating the best veggie gyozas I’ve ever had! One thing I actually regret for my trip, was not taking many photos of food while there…. it was all so good!!

Before Tokyo, I wasn’t used to eating out by myself, but now I am a huge fan. Especially being abroad, being out to eat alone is an amazing opportunity to just watch the world go by, or read – I got through A LOT of books! Now my opinion of eating out alone has completely changed and I would do it happily for some time out. 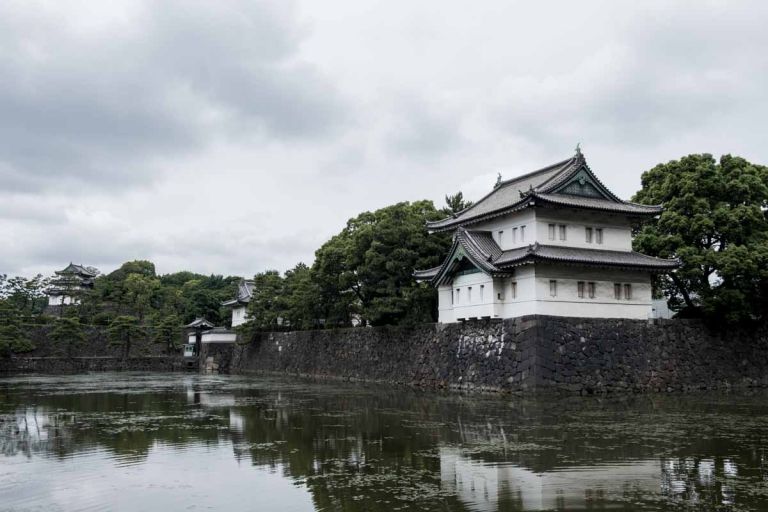 On the first day after the shoot wrapped, 1) I woke up feeling a bit fragile after having too many celebratory cocktails at the top of the Intercontinental 2) Excited/nervous that I was now all on my todd! This was also the first day where I got over my jetlag.. it only took 5 days.. :/ 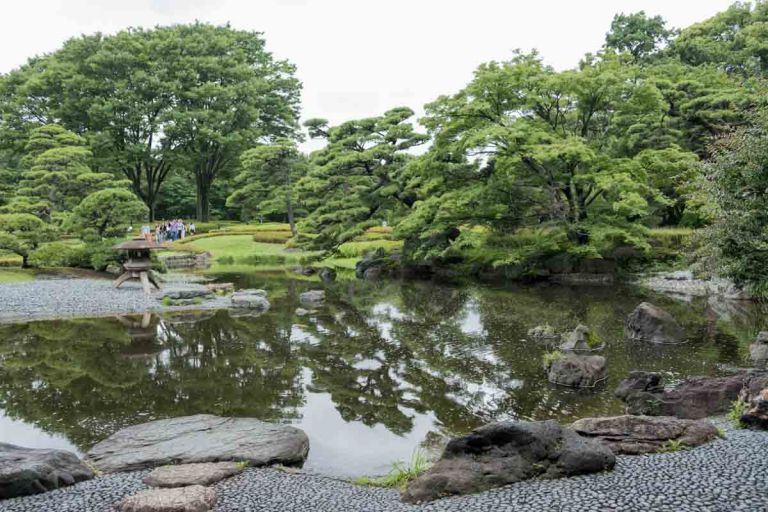 I had a vague list of the various areas in Tokyo that I wanted to see, and the first on my list was around the Imperial Palace, as it was walking distance from the hotel. I set off and had the best day! It was about an hour walk to the Imperial Palace and I loved seeing the locals out about in the Palace Gardens on their Saturday morning – joggers, tourists, painters. The Imperial Palace Gardens themselves were beautiful and I really enjoyed the museum there which showed some of the Palace artefacts/art. The whole time I was thinking how lucky I was to be able to spend my Saturday here. After the gardens, I walked back to the hotel via Hibiya Park where I sat and watched hoards of people playing Pokemon, and several locals painting. 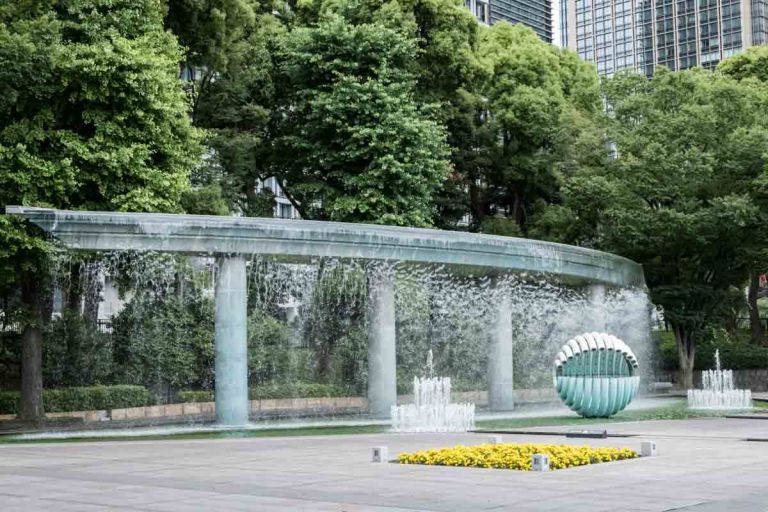 For my big Saturday night out in Tokyo, I headed to Akihabara, the famous ‘electronics’ sector of Tokyo, known for its video gaming. I always think the best way to see a place is to walk, so I got my trainers back on and took on the hour walk from my hotel, seeing the North of the Palace Gardens and a new neighbourhood. I knew when I had hit Akihabara  – it is exactly what you imagine Tokyo to be. An onslaught to the senses – bright lights, tall buildings and people everywhere! The rest of my day had been very sedate and quiet so this was a colourful welcome into the Tokyo most people think of. I went straight into one of the Sega buildings which is basically 5 floors of arcade and video games. You could so easily spend all day here. I spent the evening playing Mario Cart, Super Mario Bros, Tetris and generally watching everyone else go about their Saturday night. It was so fun – I could have stayed on Super Mario Bros forever for the nostalgia but sadly I ran out of coins. 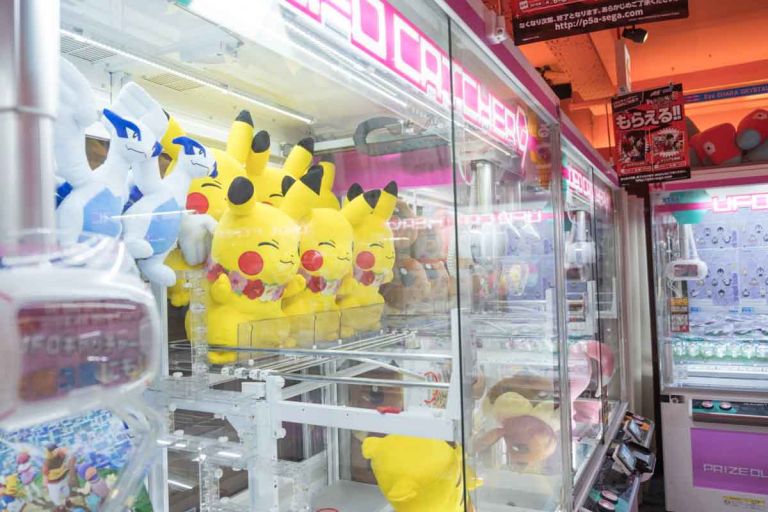 After working up an appetite I set off to find a vegan restaurant I had noted down in the area. After looking for around 30 minutes and not finding it, I decided I would have to face the unknown! I ended up finding what looked like a tourist-free place, but they had an english menu. A lot of the restaurants in Tokyo are tiny affairs – you sit around a small bar with around 10 seats and the food is served from there. It was one of those places that had originally looked a bit too intimidating, but I went for it! The lovely chef gave me the english menu, but little did I know you have to order from a vending machine – common practice over there. Gracefully he showed me what to do, speaking no english, then left me to it. After about 5 minutes of figuring out how to put the money in, I had successfully ordered something (I wasn’t quite sure if I had ordered what I wanted or if some sort of meat heavy dish was coming my way!). The evening before I had to navigate my first vending machine without any help, and had unwittingly managed to order a chicken dish and two large dishes of rice :/ Luckily, I had been successful this time and had the best aubergine tempura, cucumber and rice dish and sake I had ever tasted. The chef was super lovely and even tried to talk to me using Google Translate. I walked the hour back, hitting over 30k steps. I went to bed feeling super accomplished and grateful for my first day in Tokyo.