Hey friends! Time for a beautiful spring wedding at the Tudor Barn Eltham. Sam and Phil tied the knot on a blustery but beautiful March day this year. 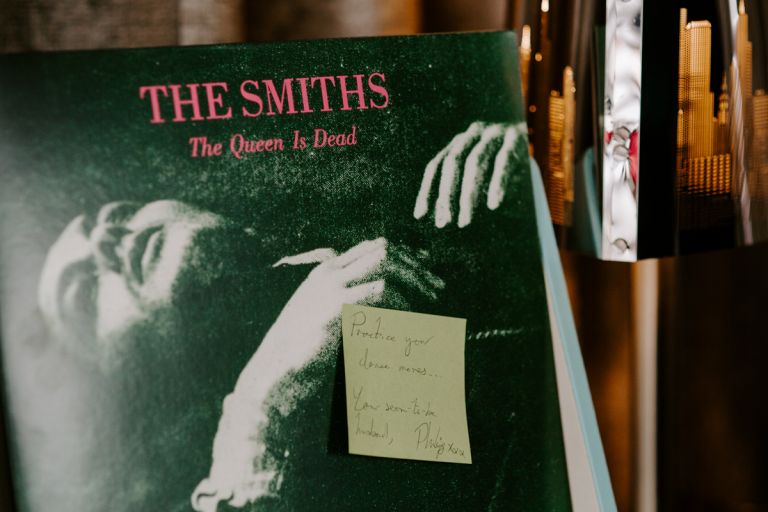 My morning began with Sam and her bridal party, who were getting ready in the Hilton in Greenwich. Sam had bagged the best suite with a gorgeous view of London and to a photographer’s delight 180 degree windows (hello lots of light). As I arrived, she was surprised with the sweetest gift from Phil – a record player playing The Smiths ‘The Queen is Dead’ album. The album features their first dance song – ‘There is a light that never goes out’. 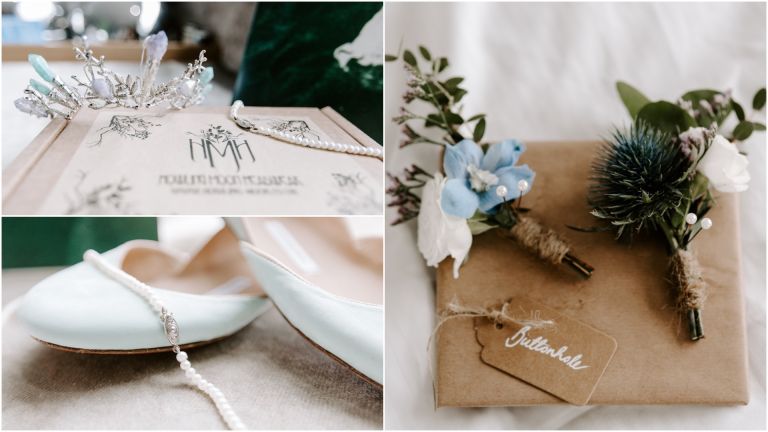 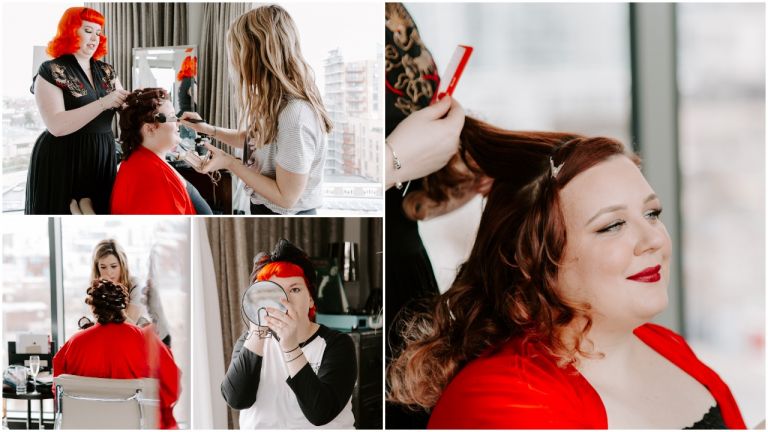 My second shooter, Alex, was over with the boys as they got their hair done, played with the cats and suited up. 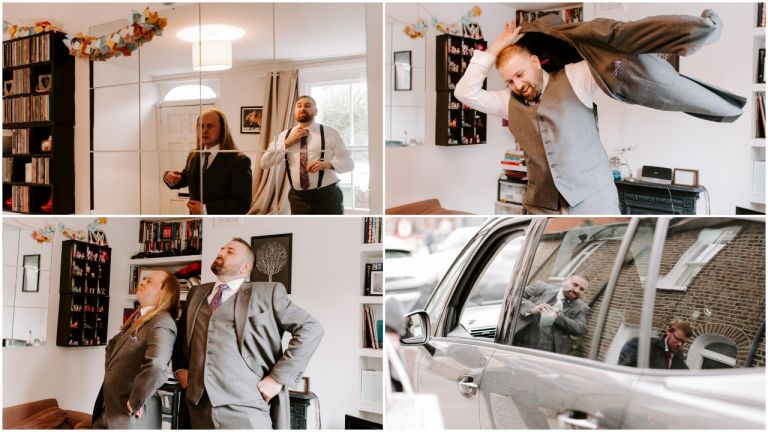 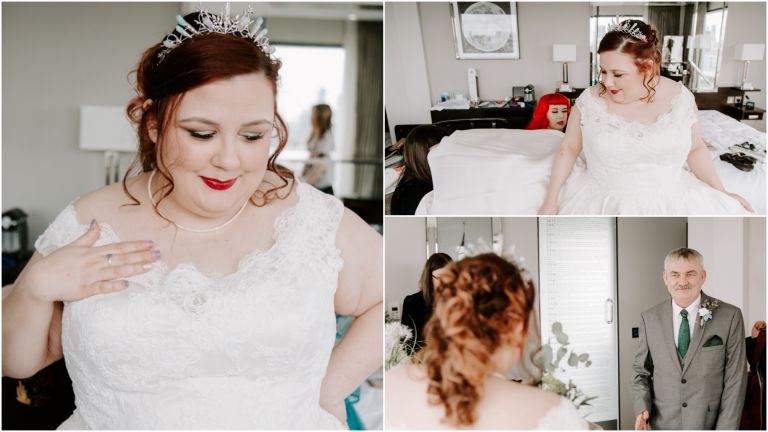 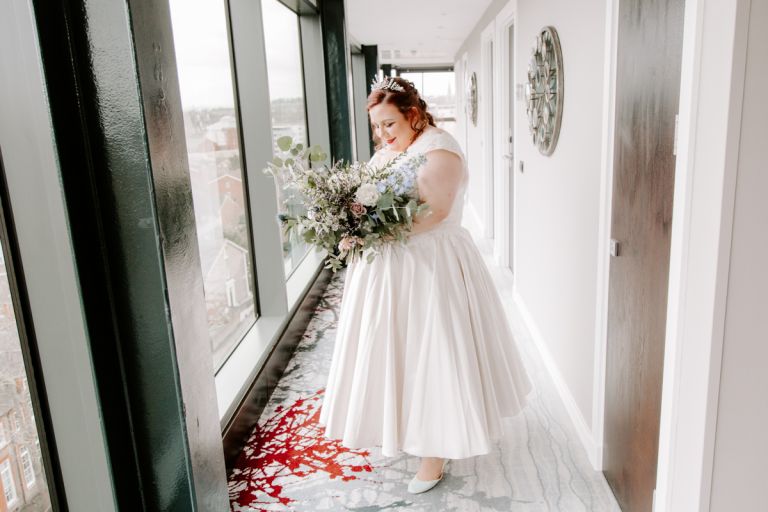 The wedding itself took place at the lovely Tudor Barn Eltham. By the time I arrived with Sam, everyone was in place ready for her to take to the aisle. The ceremony was so sweet and intimate. The pair had written personal vows and just the looks shared said everything. 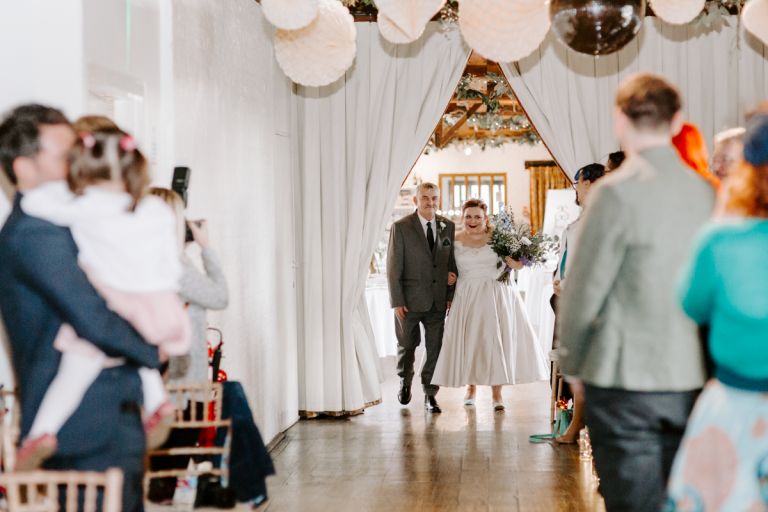 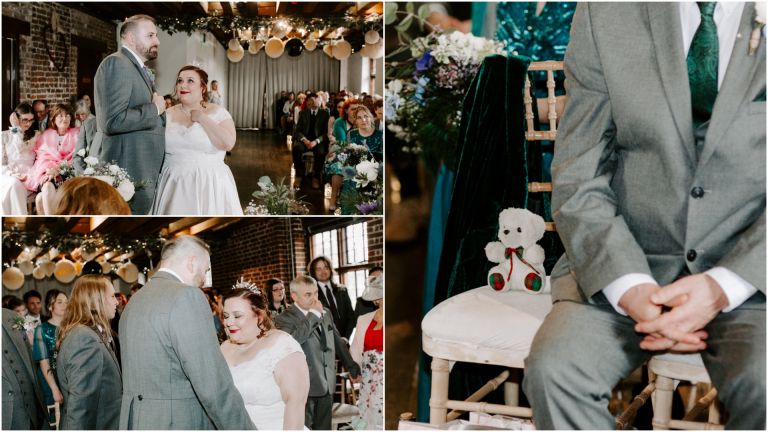 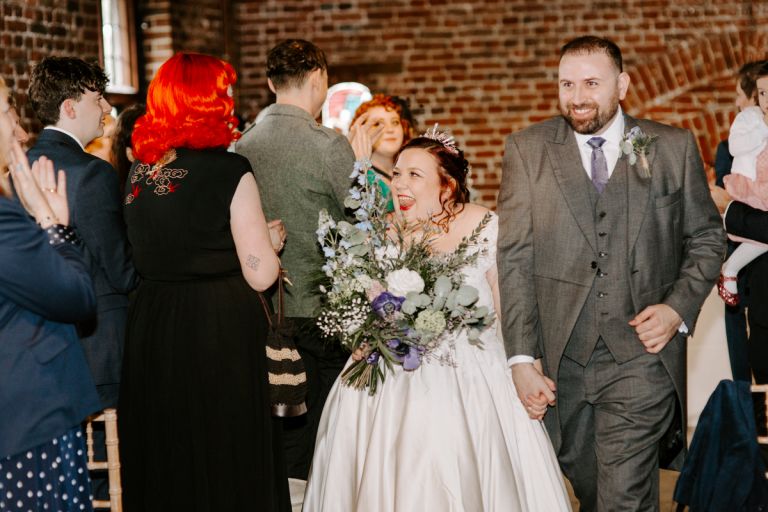 After the ceremony we headed outside for the drinks reception, confetti and group shots. The wedding day happened to be in the middle of Storm Gareth but luckily the rain and wind was on our side for this part of the day! So grateful! 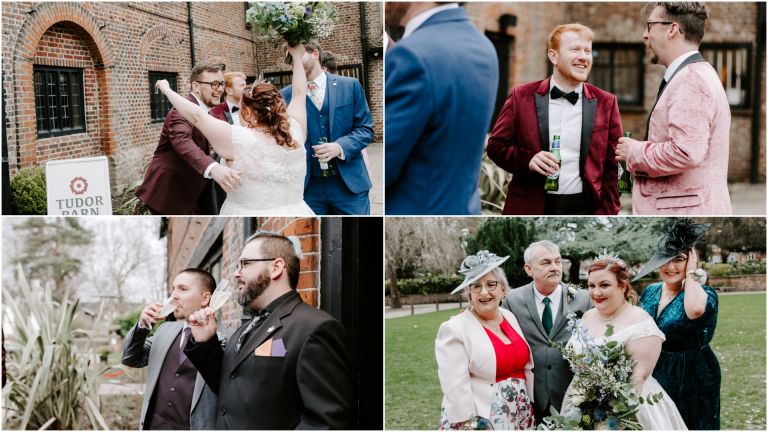 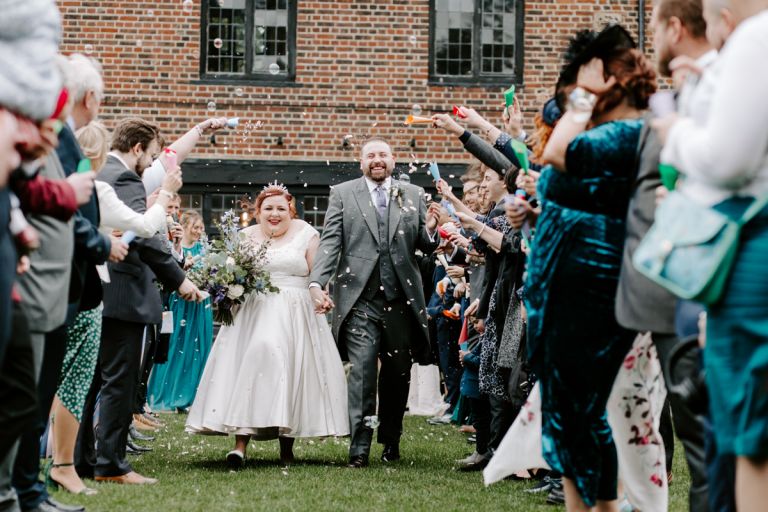 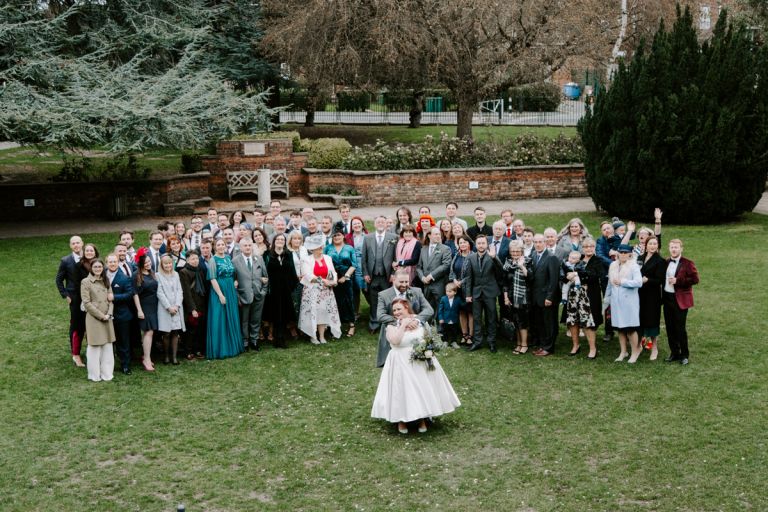 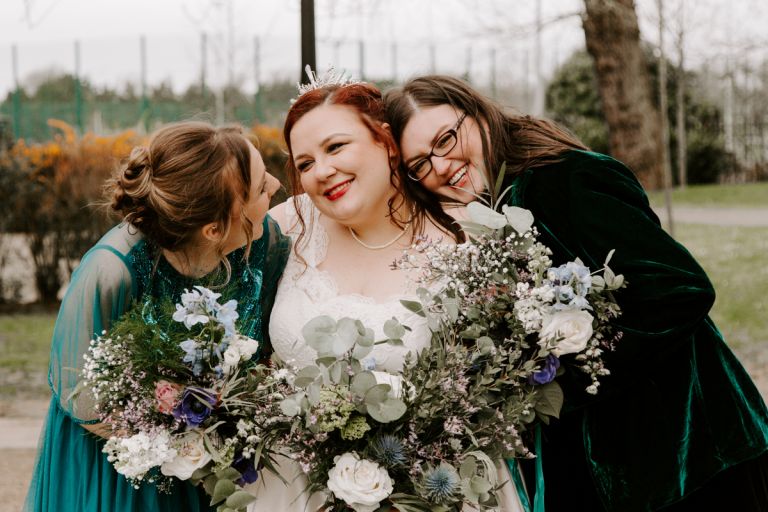 We took a stroll through the walled garden amongst the blossom and then back across the bridge to the barn. I love this venue for it’s outdoor space –  At this time of year everything was in bloom.  I love incorporating the outdoor into my portraits and there was plenty of greenery to use. 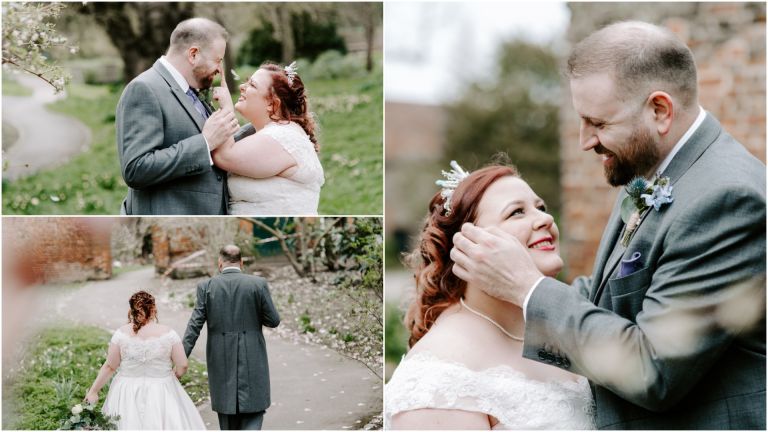 You should also take a second to appreciate Sam’s crown by Howling Moon and the beautiful florals by Holly Floral Design. 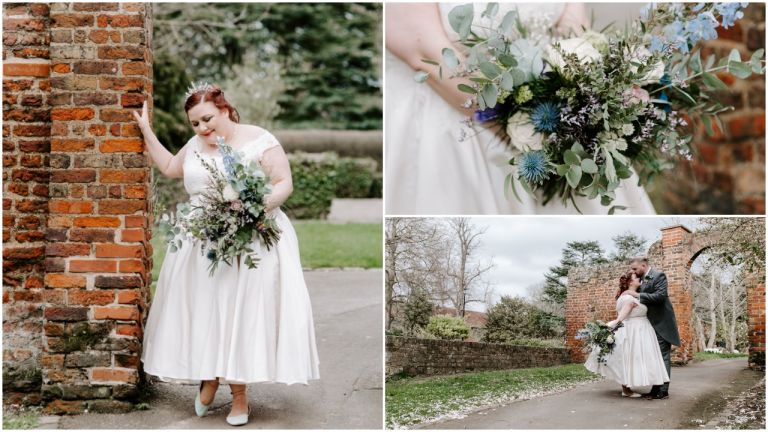 I also possibly captured the best thing I’ll ever capture… Phil being high fived by a squirrel! I guess you could say the squirrels are another feature of the Tudor Barn Eltham – there’s tons and they all wanted their moment. 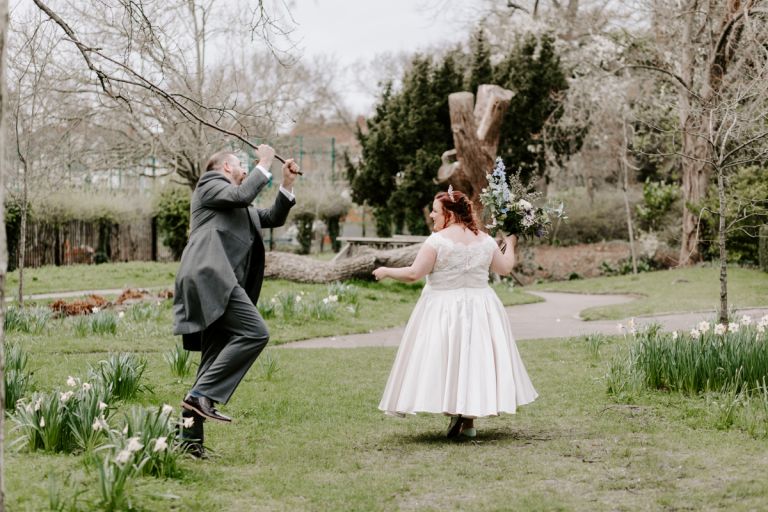 Back inside, the room was split into tables named after bridges around London. Sam and Phil told me as we walked around that they had a thing with bridges. They always had to hold hands as they crossed one, so of course we did that during portraits. The inside of the barn was decorated handmade decorations. Coloured origami, handprinted shells as place-cards, beautiful flowers and fairy lights in booze bottles. I absolutely love it when couple’s reuse pretty alcohol bottles, they are such an easy but fun DIY feature. 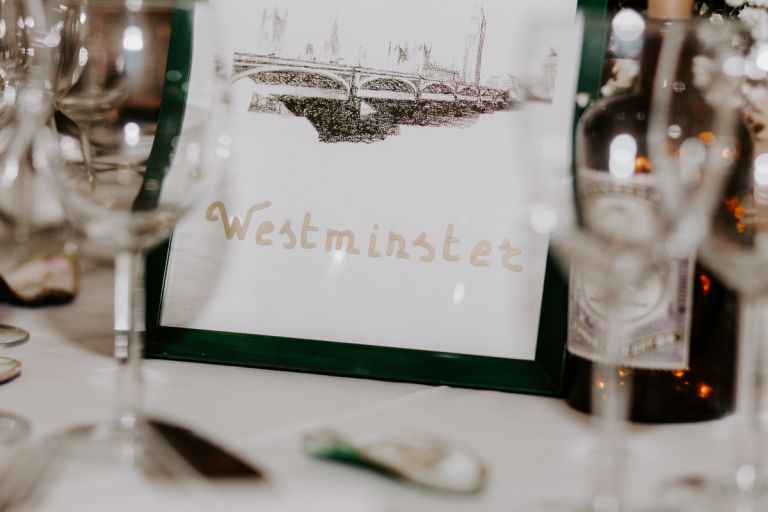 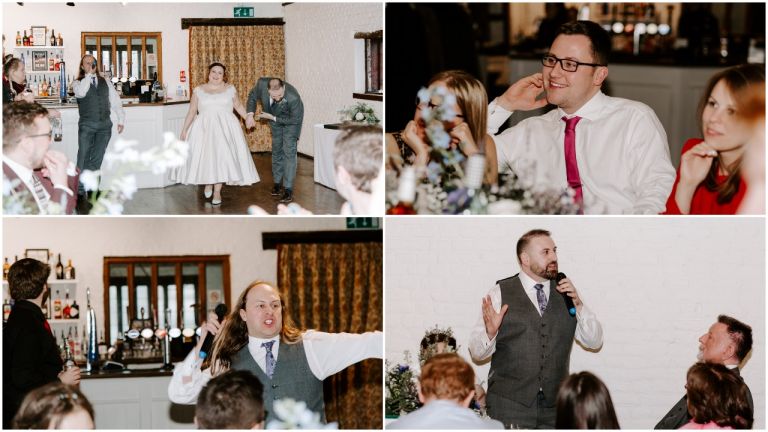 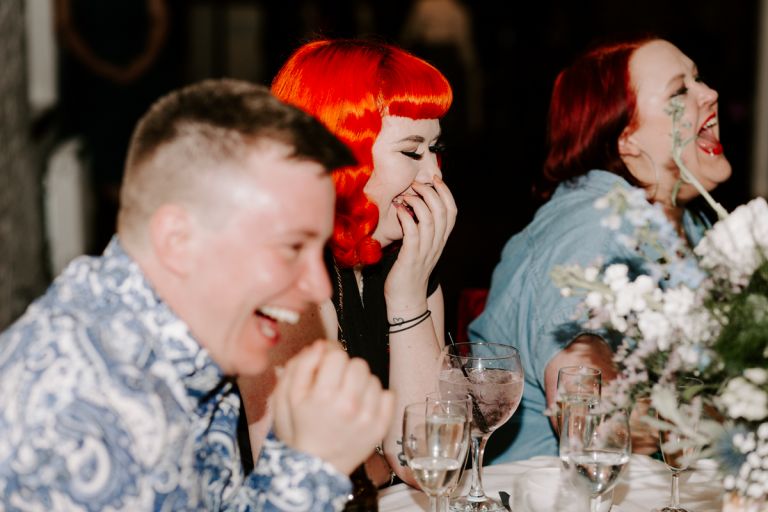 Before their big day, Sam and Phil said their wedding day should just be the best party they could ever throw. It certainly lived up to it! After speeches, the cake was cut and the drinks were flowing . Sam and Phil had hired 50’s style band ‘Anna Sin’ to perform their Smiths first dance. Straight after, plenty of people were up and on the dance floor. I love it when everyone gets involved immediately! 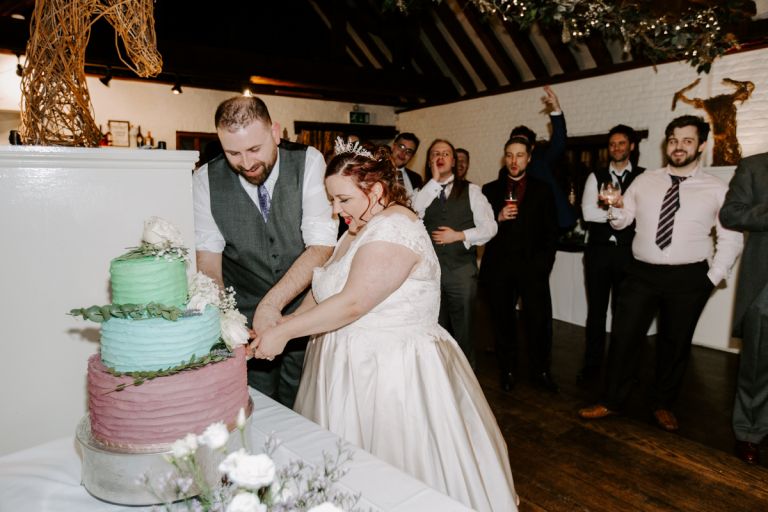 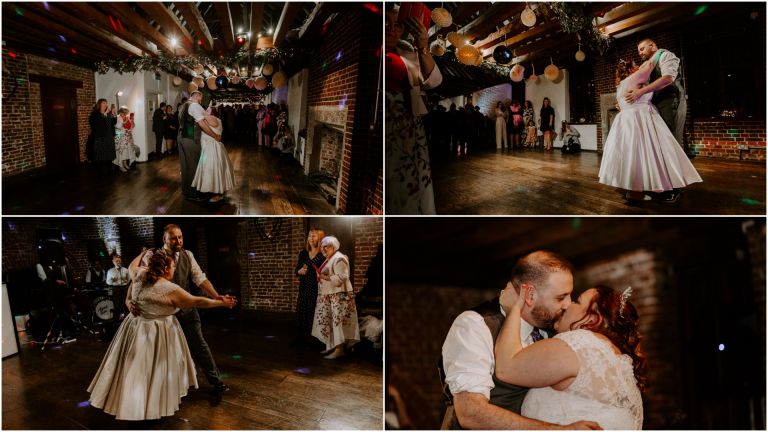 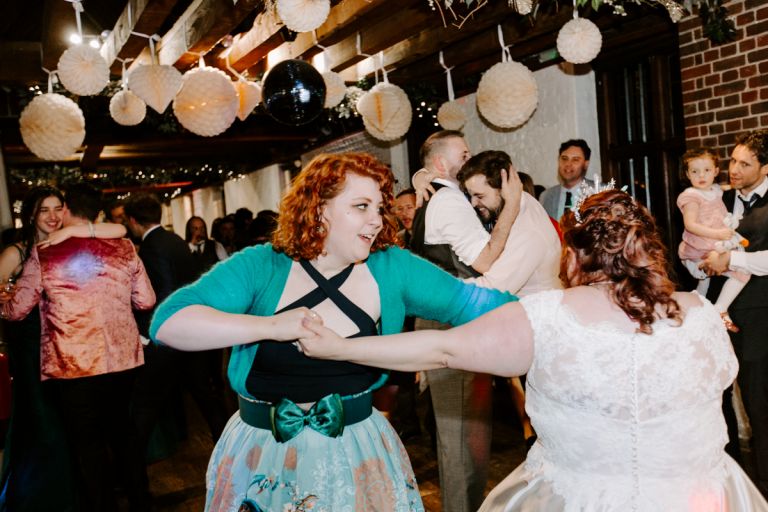 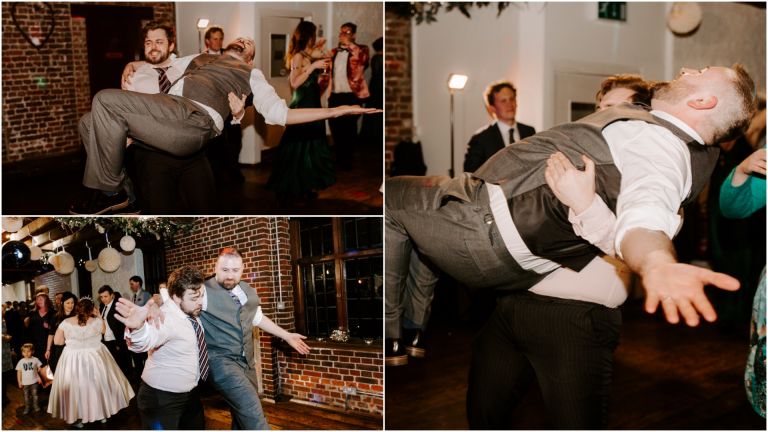 The last thing I took a photo of that night was one of Sam’s awesome wedding gifts. Check out this glittery hombre pair of Dr Martens! Don’t they look amazing? 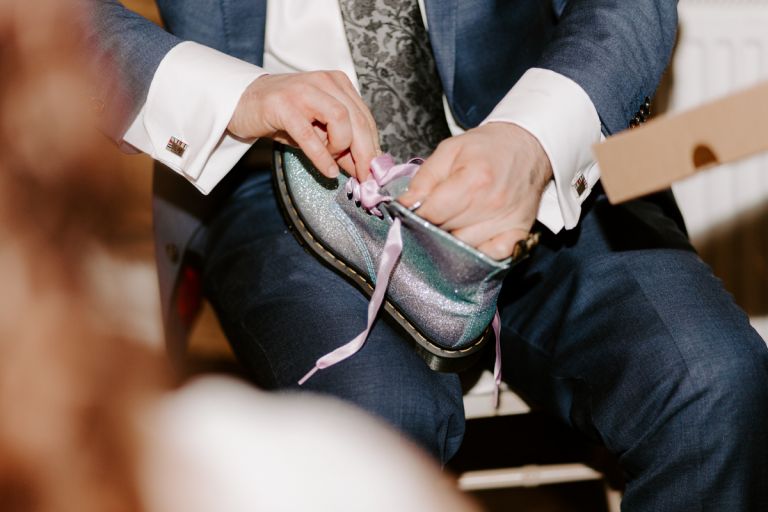 Thank you Alex Rose Photography for second shooting for me!