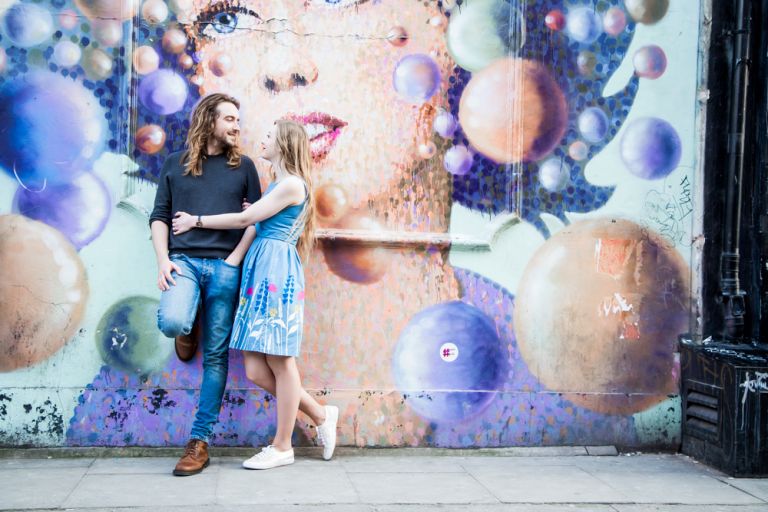 At the start of April, I met Hollie and Jon by the the historic Ten Bells pub, ready for our Shoreditch street art engagement shoot. It was the start of the *good weather (*temporary), and by the photos you would think we were in mid summer thanks to Hollie’s gorgeous dress.

We set off down Brick Lane, with the first stop being one of my favourite street art locations – a small mews opposite The Monsoon restaurant, which is covered in large art works. 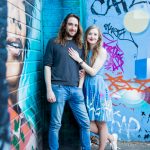 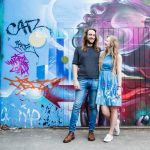 Working our way down to Shoreditch High Street and Box Park, we stopped at Hanbury Street, home to the wonderful Blitz vintage store, The Canvas Cafe.. and at the moment this huge sumo wrestler art. This is one of my favourite roads coming off Brick Lane – at the end of the road there are two huge murals, both of which we made use of for this shoot. 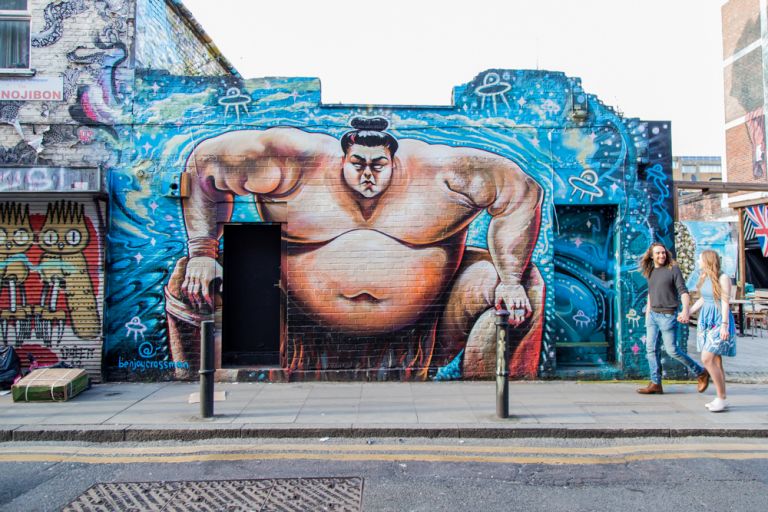 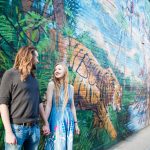 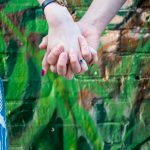 I have never done a truly urban pre wedding shoot before – I normally tend to shoot at locations with plenty of greenery and natural settings, so this was completely different! However, working around the area everyday, I’ve always wanted to do a Brick Lane engagement shoot so really glad Hollie and Jon chose this as their spot. The sheer number of people about was a challenge but the colours, graffiti designs, and of course lovely Hollie & Jon made the whole thing super easy and enjoyable! It’s definitely one of the most vibrant engagement 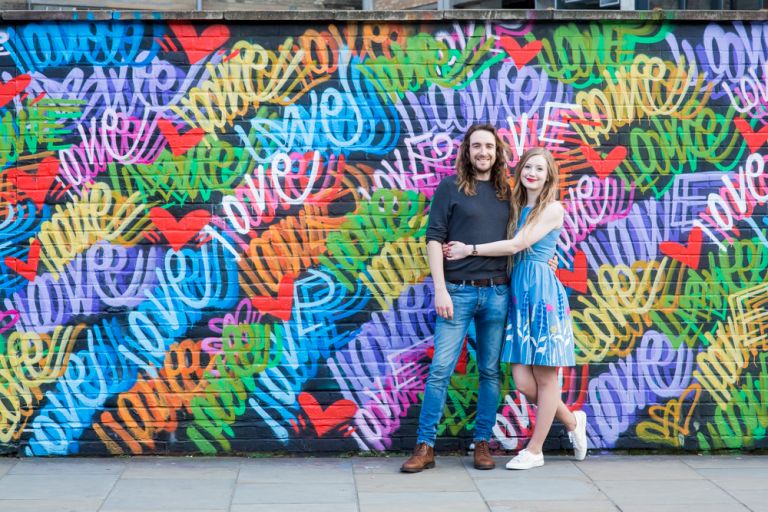 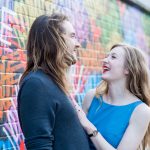 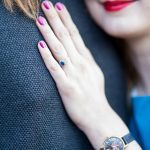 The sun was just starting to set as we came to our final locations around Redchurch Street / Chance Street. Jimmy C’s art on Whitby Street have always been some of my favourite pieces here, so I was really glad to get his portrait of a woman included in the shoot. 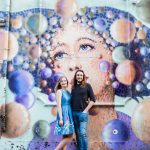 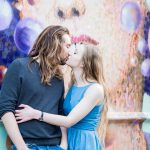 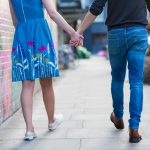 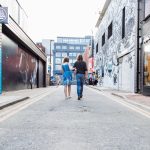 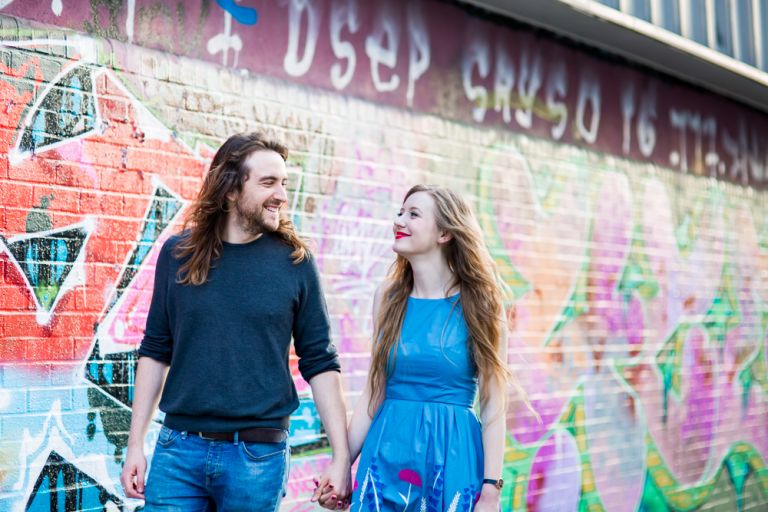 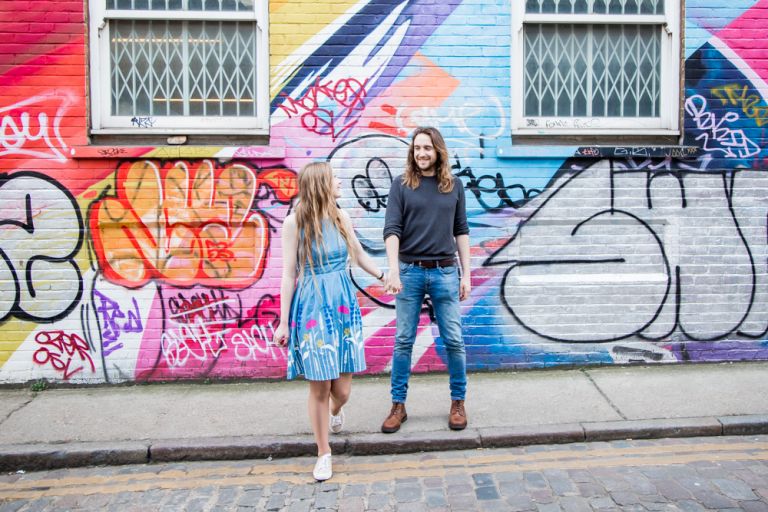 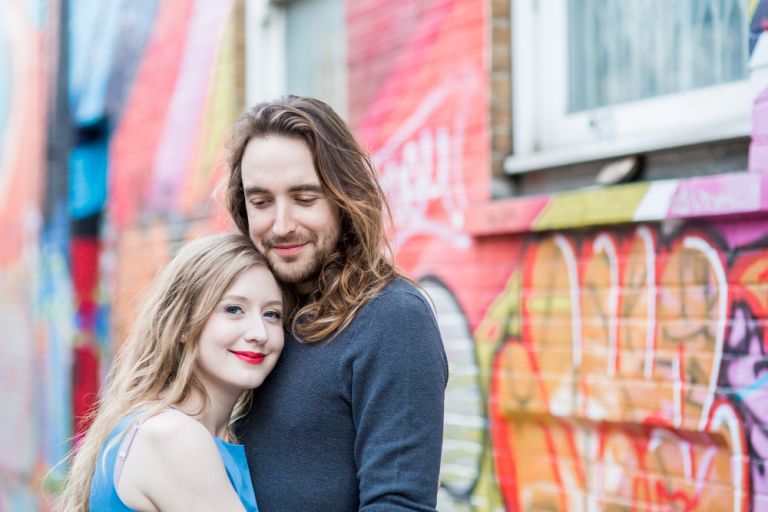 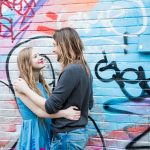 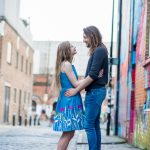 Get in touch to book a shoot here, or check out my blog post on why I think pre wedding shoots are so important. For more engagement shoot ideas, head to my Pinterest board 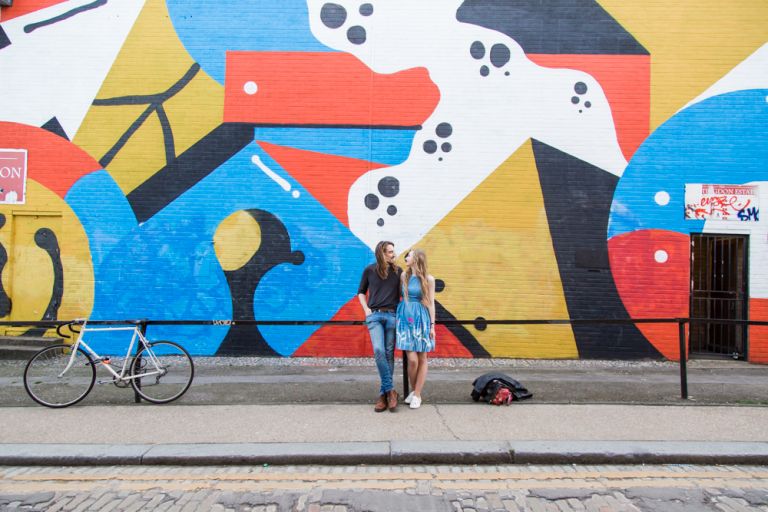