For those of you that follow me on Instagram, you undoubtedly would have seen my ‘Project Taka’ updates on my stories this year. A chat with a friend last year led to a Classic Mini restoration. A lot of you seemed genuinely interested in the process and the restoration of this little Mini! Now that Project Taka is finished, I thought I would blog you the whole story. 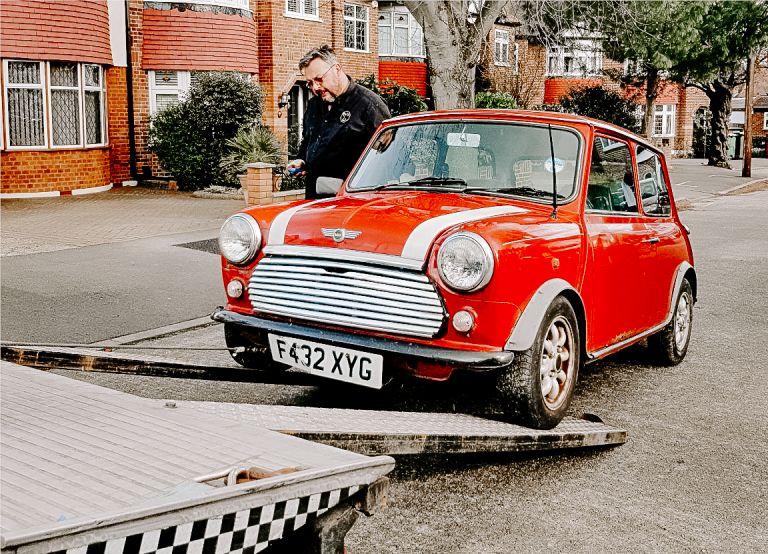 Last summer, I was chatting to a friend and we some how got on to the topic of classic Minis. Since I first watched the Italian Job as a child, it’s been my dream to own one. It turned out that he had one sat in his garage for the last 10 years. He most generously offered it to me, if I could get it back on the road and give it a new lease of life.

For me, it felt like the universe had aligned and I was meant to say yes to this challenge. Luckily, my Dad does up cars for a hobby and has always wanted to restore a classic Mini (another case of the universe aligning). 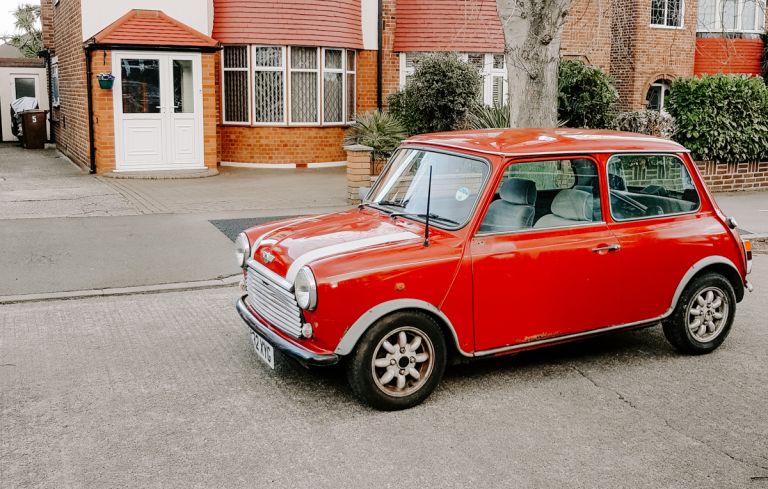 When I first brought Dad up to London to look at Taka and take photos of the rust so we could get quotes for the bodywork, I did think maybe this was too much for us! To say Taka was a mess was an understatement! Mainly the floor panels and door rims were a state – there were lots of holes so you could see through to the ground! It was at that point I nearly backed out before we began, but Black Star Garage in Eastleigh gave us a good quote and we went for it.

Fast forward a month and they had replaced the body panels on Taka’s floor, replaced the seals and fixed the hole in the bonnet. He came back completely stripped down, which was quite a shock (but obviously required for the job). 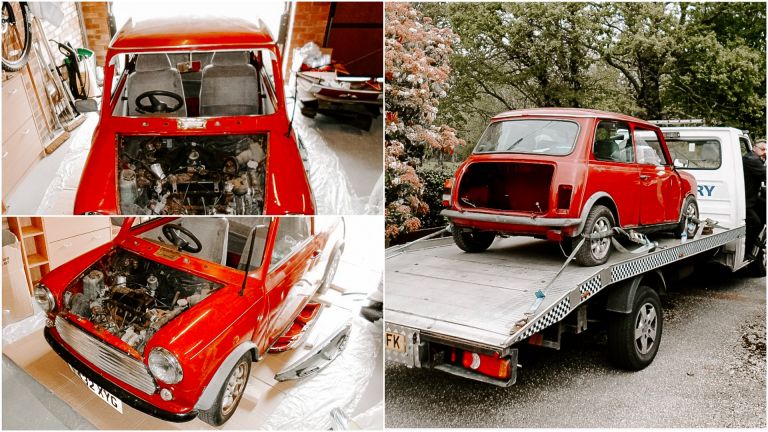 And this was when the main bulk of the Project began… and over to Dad! I have zero mechanic knowledge and this has been a big lesson for me! As interested as I was, a lot of the time when Dad was explaining what he was doing, I still had no idea! 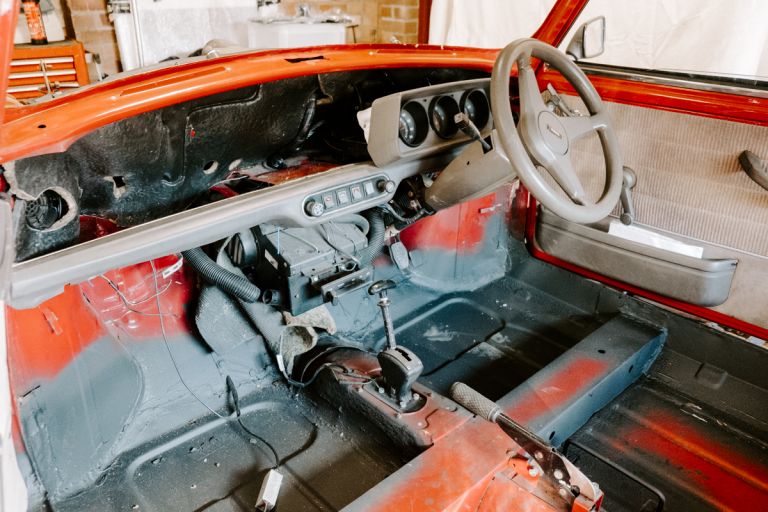 I can’t even tell you everything that Dad did, but it was a massive job and Dad spent so so long getting it all done. Luckily the engine wasn’t in too bad a condition, but the rest needed a lot of work/replacing. To give you an idea, the MOT failure certificate we were working from was two pages long, and pretty much the brakes and suspension had disintegrated/rusted. Those were some of the bigger jobs. Brakes before and after:

We also kept finding more rust and holes which meant Dad then had to get to fixing those before moving on to the next job. A good example was around the headlight – only as we were nearing the end did Dad spot the seal needed replacing! After welding on new seals and rust proving:

I only got to see the progress every few weeks as Dad was working on the Mini in Southampton, while I’m London based. It’s only really now, looking at the photos,  that you can really see the progress! Under the bonnet before and after: 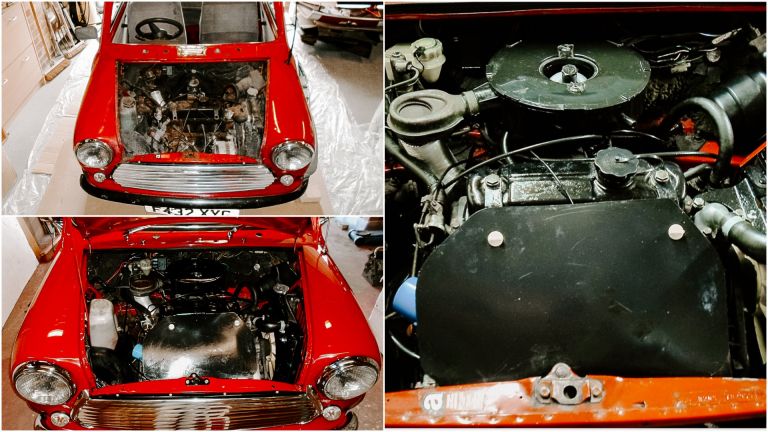 The only part that I could really help on was the interior! On the weekends I came down to help, Dad would have his head stuck under the bonnet or be under the car, while I was sat inside making it resemble a car again. We started with soundproofing, then cutting the new carpet to size, and then put the original dash back in place. 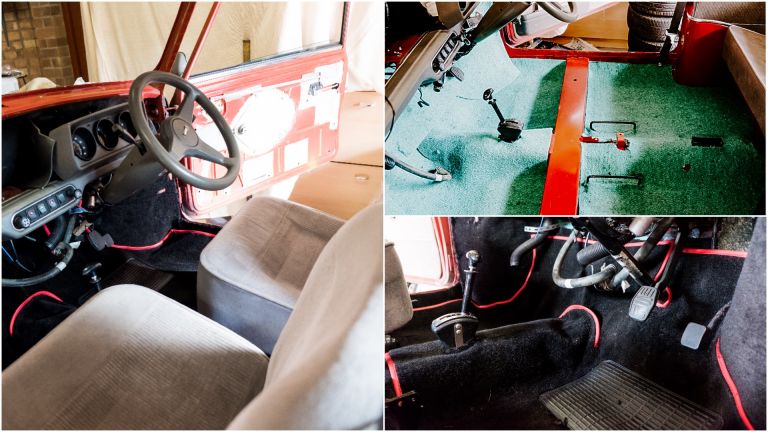 Compared to what Dad was doing, it was not a big or important part, but I loved getting grubby and being able to physically see what you’d done by the end of the day! I can see the appeal of restoring cars now!

A massive day came at the start of August when the mechanics were finished and Taka could actually drive himself out the garage – the first time he’d driven in 10 years! At this point, I’m sure people will still see a hump of junk, but this was amazing! I was pretty relieved then – and I’m sure Dad was too, that I hadn’t wasted a lot of money, and he hadn’t wasted months of effort! 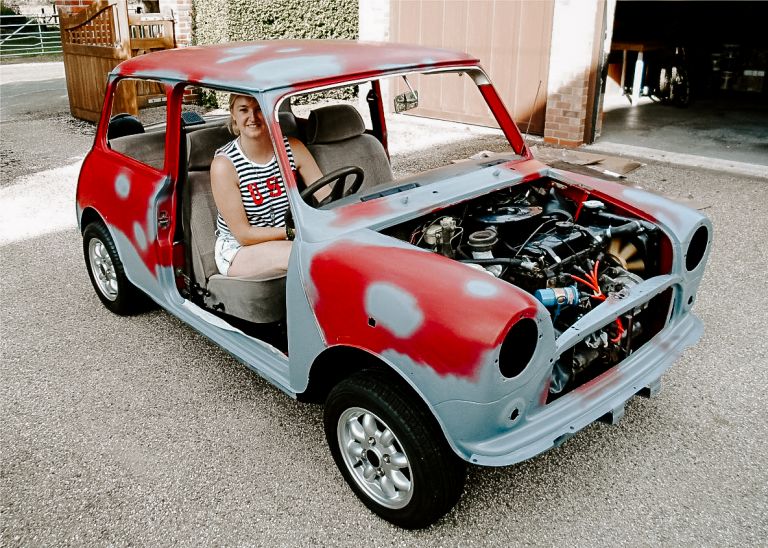 After that was the cosmetic bit which was when you could easily see the changes. Along the way we had been buying new bits of body – the door panels, new boot, new bonnet etc. Dad had worked all the dents out of everything and smoothed it all down, ready for spraying. We went for the original 1988 red, but decided on a white roof to give Taka a little something extra! He originally had white racing strips down the side, so Dad re-did these, and thank you to my sister’s boyfriend who made some lovely new ‘Mayfair’ decor for the side/boot. Big shout out to him for also lending me his garage for a few months for Project Taka! Respray before and after: 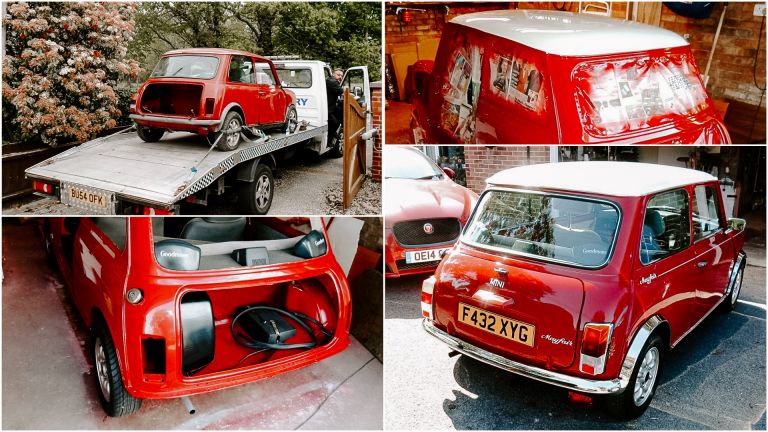 Amazingly, it’s the same red as Taka was, but with the respray, it looks so so different! Everyone I’ve showed Taka to has said what an amazing job Dad has done, including Black Star (of course I took him to visit them when done). I would say the cosmetic was where I went slightly over budget as I wanted everything chrome! But totally worth the money! 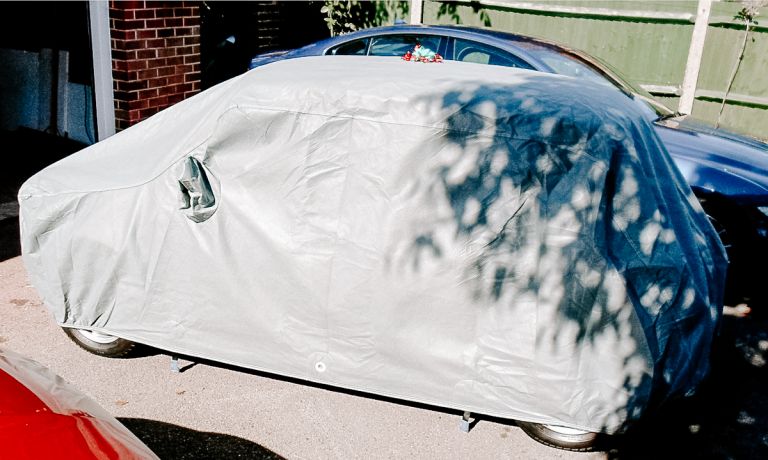 I went to pick him up just after my birthday, and of course, Mum and Dad had wrapped him up in his new car cover and put a bow on top! I was like a kid at Christmas and so excited to see it. I can’t believe it’s the same car! I went straight out with Dad and had a test run. Using a choke was a bit odd at first but I think now I have the handle of when to put it back in/use it (I hope). We went out for a ride in the New Forest and I honestly had a smile on my face the whole time. It was actually my first time ever driving a Classic Mini, and they are so fun – you just can’t help but be happy. 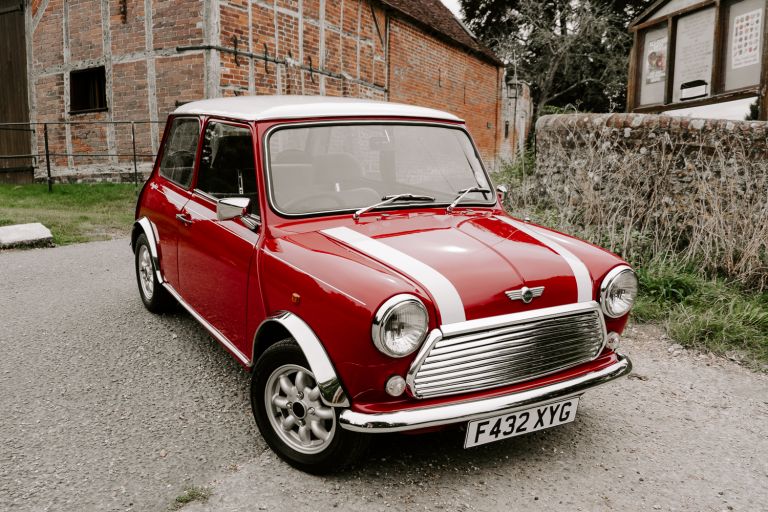 The next day, I had to take him on the big 2 hour trip back to London. I was pretty nervous and wondering if we would make it back with no issues.. but we did! He drove perfectly and wasn’t even that slow on the motorway!

Since then I’ve been taking him out and about, until this week of rubbish weather. Once the rain has cleared he is definitely coming back out. I’m dying to take him on a Mini adventure for a day – so far I’ve only had the opportunity to pop out for an hour and go around Epping Forest/ the local area. I’ve signed up to the Mini clubs and will be getting my ticket for the London – Brighton to run in the next few weeks. Can’t wait! Expect loads more pictures to come, but here’s a couple from a little ‘shoot’ me and Dad did on the first day he was finished: 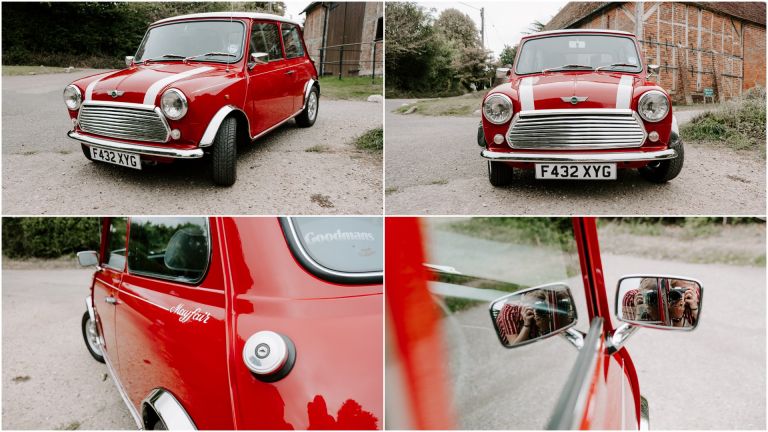 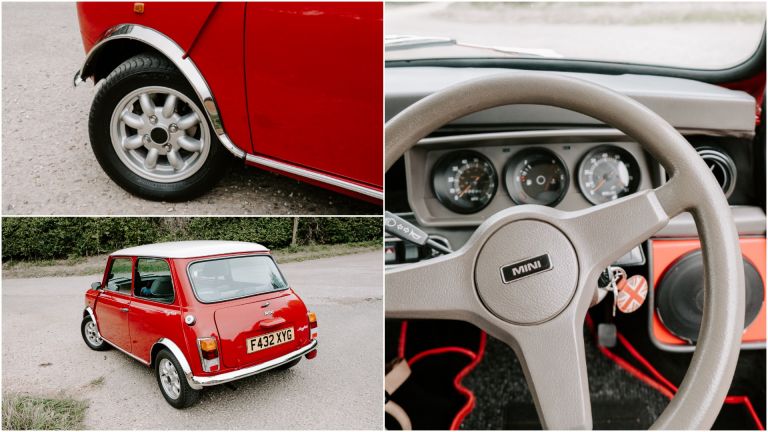 Thank you Dad! It has been quite the project, but no regrets. A Classic Mini restoration is definitely a big undertaking! I’m just lucky I had Dad. Hoping to have many adventures with this little guy. I’m sure you’ll see LOTS of him!